Operations aimed at decreasing absorption of nutrients in the digestive tract

Such a decrease is called malabsorbtion. This term is constructed from two latin words, malum – a disease, and absorbtio – absorption, the intake of substances into the intestine. 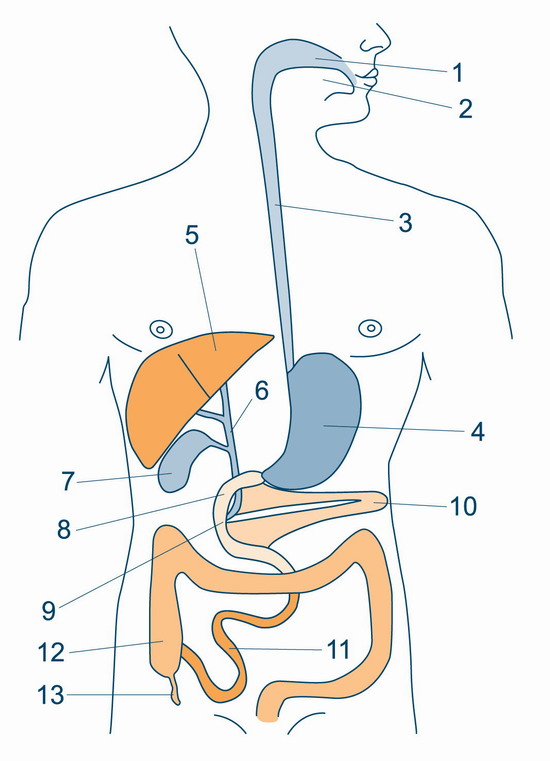 As food goes down the small intestine (normal length 5-6m), the nutrients are absorbed. Pioneering surgeons rightly supposed that if this were made shorter, only a fraction of the nutrients could be absorbed, so they simply connected the beginning and the end of the small intestine. It turned out that the food went only 50cm (instead of the normal 5m). This operation was called a jejunoileal bypass (figure 2). 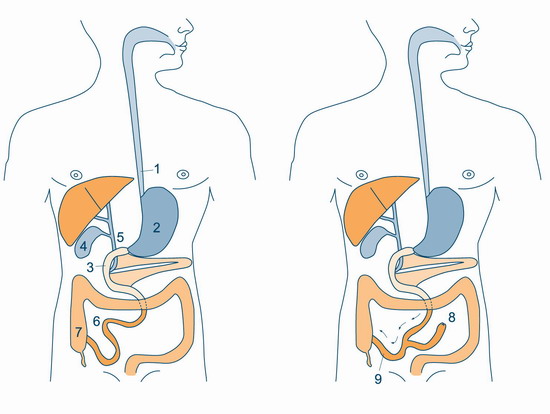 The operation initially seemed an outstanding success, and the patient’s subsequent weight could even fall below the norm. However, problems ensued. The closed end of the intestine (#8) was a breeding ground for harmful bacteria, which flourished there and gradually poisoned the organism of the patient. This operation is therefore no longer performed, though some surgeons carry out a modern variant of the malabsoptive operation, called a biliopancreatic bypass.

In 1978 Levardo suggested connecting the closed end with the gallbladder to prevent the flourishing of bacteria. This idea was developed by Italian surgeon Nicola Scopinaro, who a year later performed an operation of which the basic principle was the separation of food from the digestive juices produced in the liver and the pancreas.

The operation was highly effective and had none of the fatal consequences typical of jejunoileal bypass. It was called a biliopancreatic bypass, denoting the bypass of biliary and pancreatic juices from the food. This operation quickly became popular, but could not become a “gold standard” in bariatric surgery as experience revealed long-term complications.

This operation reduces fat in the intestine, and accordingly many vitamins which are fat-soluble (e.g. A,K,D,E) are not absorbed in these patients, whose level of calcium decreases in 50% of cases. These changes detrimentally affect bones, enzyme systems, liver sufficiency and sometimes brain pathology. These patients must be monitored for the rest of their lives, with obligatory correction of biochemical disturbances.

Nevertheless, this operation remains attractive as it not only offers considerable weight reduction but also, through the absence of food caloric restriction in the postoperative period, allows the patient to eat freely. 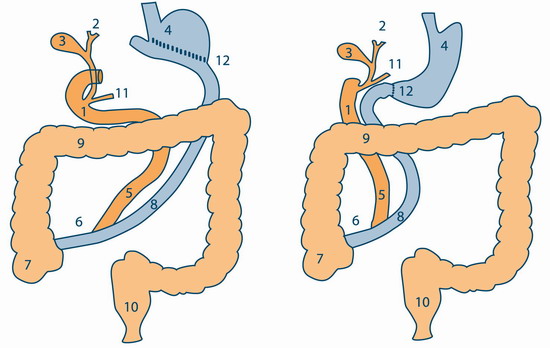